News from the Knightfall Garrison.

The name Knightfall comes from Operation Knightfall which was part of Order 66.

Operation: Knightfall, which took place in 19 BBY immediately before the end of the Clone Wars, was one of the first conflicts of the Great Jedi Purge. After assisting in the death of Jedi Master Mace Windu and submitting to the tutelage of Dark Lord of the Sith Darth Sidious—known to the galaxy as Palpatine, Supreme Chancellor of the Galactic Republic—Jedi Knight Anakin Skywalker fell to the dark side and was anointed Darth Vader. Just afterward, Vader was assigned a detachment of the 501st Legion's clone troopers and was tasked with storming the Jedi Temple on Coruscant alongside them. This massacre, as well as the mandate given to the clones instructing them to kill their Jedi officers in the field, marked the beginning of a galaxy-wide hunt for the Jedi. Most of the Jedi inside the Temple were executed by the invaders while the Temple burned, and within minutes of the Purge's inception, much of the Jedi Order was wiped out.

"I want you to go to the Jedi Temple. We will catch them off balance. Do what must be done, Lord Vader. Do not hesitate, show no mercy." ―Darth Sidious

Whilst that is where the name has come from our mission is one of good.
"...The Legion is an all-volunteer organization formed for the express purpose of bringing together costume enthusiasts under a collective identity within which to operate. The Legion seeks to promote interest in Star Wars through the building and wearing of quality costumes, and to facilitate the use of these costumes for Star Wars-related events as well as contributions to the local community through costumed charity and volunteer work..."

To Promote Interest in Star Wars
While a growing number of people are experiencing a reawakening of their Star Wars fandom, new generations are seeking ways to celebrate their passion for George Lucas' modern mythology. The 501st Legion brings these fans together, reinforcing the enduring longevity of the Star Wars saga.

To Facilitate the Use of Costumes
Some fans are content to collect action figures...other fans want to be action figures. Nothing professes your passion quite like building your own detailed costume replica of a classic Star Wars villain, and there's nothing quite like the feeling that comes from bringing the characters of Star Wars into the real world and sharing the magic with others.

To Contribute
While our organization was founded to simply provide a collective identity for costuming fans with similar interests, the 501st is proud to put its resources to good use through fundraising, charity work, and volunteering. 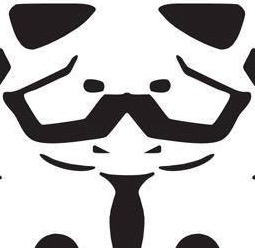 Congrats to the KFG !!
Top 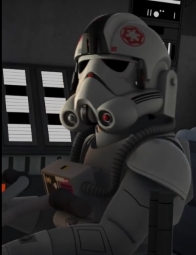 Yeah we have a new home. Now our task is to make it vibrant, active, communal and feel lived in.
AT-AT Drivers - Always two there are.
Top 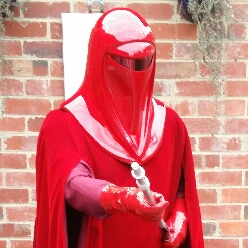 Dust and glitter, mixed in equal parts, sprinkled evenly over the floor will give the place more lived- in appearance.
Just tax the stupid people.
Top

Can we have our own Kuat Drive Yards page for modelling projects, as we did in TAG?
Just tax the stupid people.
Top 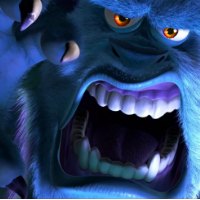 Seeing Kuat Drive Yards was bombed into itty bitty pieces by the New Republic, could we name it Sienar Fleet Systems instead. Makes it different from TAG but is still a cool relation to the manufacturer of the Empi... I mean First Order

Unless I'm missing it, can we get the option to insert videos into our threads.
There was a useful dropdown box with a few options on TAG that might come in handy. 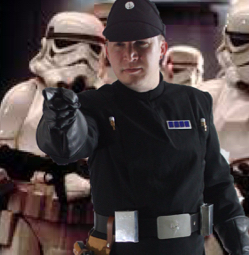 Quick question: are post notifications working or enabled? I've got a couple of threads I'm subscribed to but no notifications coming through.