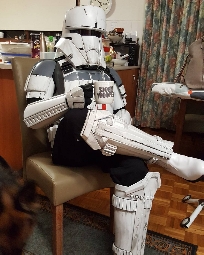 Report:
Troopers arrived to entertain crowds in the pre walk madness, with plenty of photo's taken. With one of our own Troopers Being a T1D (Type 1 Diabetic) and sporting a non regulation addition to his imperial uniform, plenty of young imperial citizens wanted a pic and asked lots of questions of the trooper. After a short break, the walk commenced, and ALL the KFG troopers who were in attendance took part in the walk, a casual 5 Km stroll along the banks of the yarra. Many younglings wanted to walk with us for a while, But imperial Army forces set a cracking pace which they could not maintain for the duration of the operation...

At the completion of the walk, a few more pics were grabbed, then it was time for troopers to re-deploy to missions else where.

Should also be noted that the Knightfall Team (we had to register to take part in the walk, although it was free) managed to raise $207. Way to go team!!! 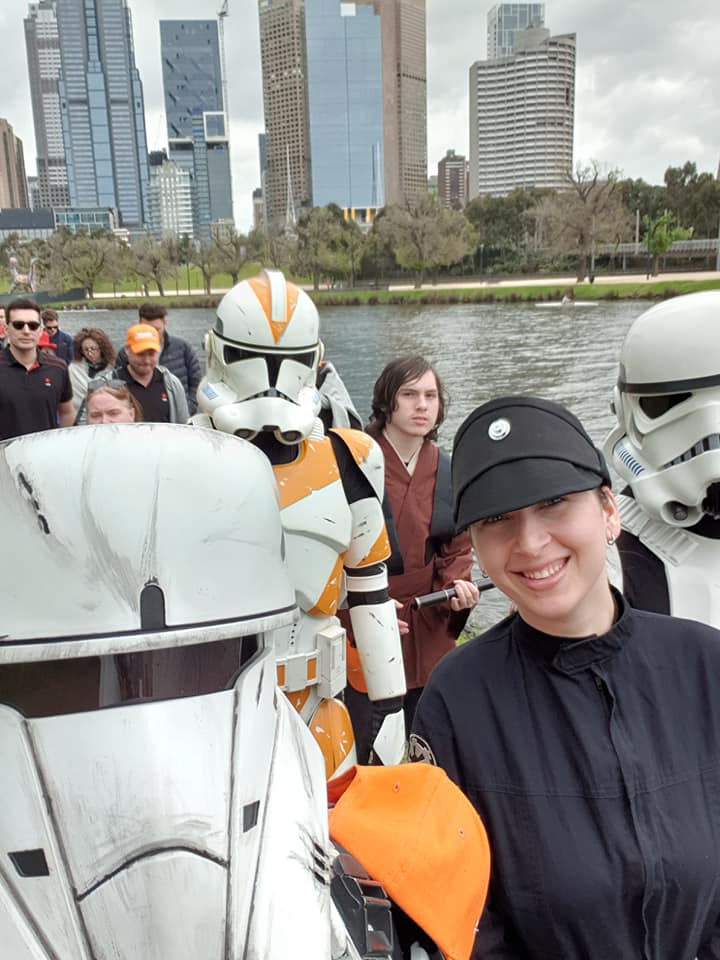